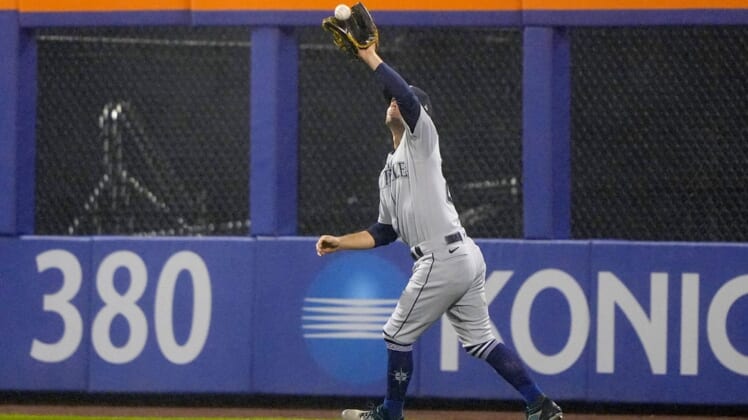 “It’s been an incredible journey that I dreamed as a kid I would be able to go on,” Souza said in his Twitter post. “… I want to give a special thanks to my wife and my family for supporting me during this amazing journey. Without your love and support, I never would have made it out of the (Gulf Coast League).”

Souza’s best season came in 2017 for the Tampa Bay Rays when he established career highs of 30 homers and 78 RBIs. He played in a career-best 148 games and batted .239.

As a rookie with the Washington Nationals in 2014, Souza made a diving catch for the final out of a no-hitter thrown by Jordan Zimmermann against the Miami Marlins.

In addition to the Nationals, Rays and Mariners, Souza also played for the Arizona Diamondbacks, Chicago Cubs and Los Angeles Dodgers.