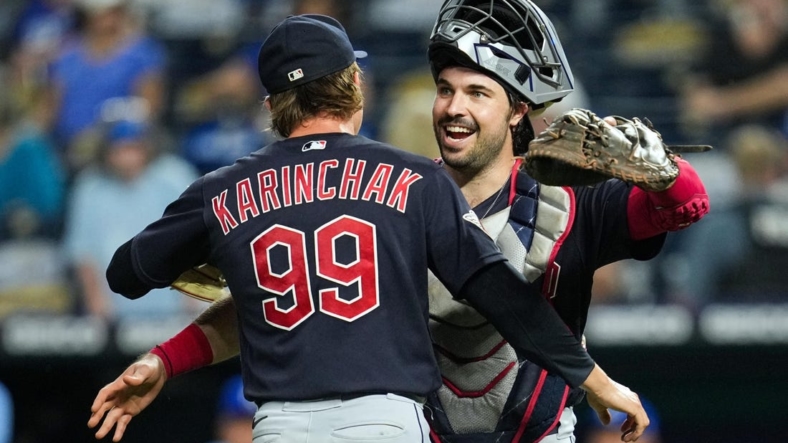 When Steven Kwan steps into the batter’s box at Kauffman Stadium in Kansas City, he generally feels confident. Although he recognizes that it’s a small sample size, his statistics are impressive in the home of the Royals.

The Guardians and host Royals will complete their three-game series in Kansas City on Wednesday night.

The Guardians won their second straight against the Royals on Tuesday. Shane Bieber improved to 5-0 in his career against the Royals with eight solid innings. He allowed one run — a Salvador Perez opposite field home run — on four hits. He even had time for jokes after the game.

“(Perez) hit a fastball about six inches off the plate,” he said. “He’s got to be the strongest man alive.”

“I know I’ve collected a lot of hits here, which is really cool, but I don’t keep track of the specifics,” Kwan said. “I made my debut here and there were a couple of cool games here, so it’s more nostalgia than believing I hit well here.

“I know some of the pitchers from the Royals. I hit against Brady Singer and (Kris) Bubic in college,” Kwan added. “Baseball is a mental game. If you can have a mental edge or any level of confidence, it helps. On the flip side, if you feel defeated before you step up to bat, you’re not going to have a good time.”

The task of trying to stop Kwan and the Guardians will fall on the right arm of Greinke. He’s been on the IL since Aug. 24 with right forearm tightness. Royals’ manager Mike Matheny says Greinke is ready to go.

“He has a pretty good idea when he heads into a game where he should be,” Matheny said. “It will be very similar to where he’s been the whole season.”

Greinke has averaged 87.5 pitches in his 21 starts this season. That has carried him into the sixth inning on average. He’s pitched at least six innings just five times.

Morris will be making his second major league start after allowing three runs (two earned) on four hits in two innings against the Seattle Mariners in his debut on Friday. Manager Terry Francona said Morris will be limited to about 60 pitches.

“With (Konnor) Pilkington and (Kirk) McCarty out there, there’s a little wiggle room. With the day off Thursday, we have some flexibility.”

Francona said he can relate to Kwan’s prowess at KC. He was asked if he had a ballpark where he saw the ball particularly well and the results showed it.

“Yeah, Exhibition Stadium in Toronto,” he deadpanned. “I think I was 1-for-4, plus a walk.”