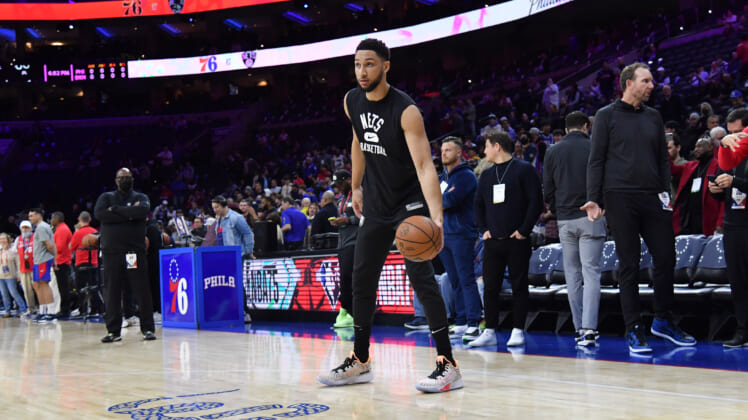 Once the Brooklyn Nets completed the trade to bring Ben Simmons to town, it had been expected that the superstar would return to the court in short order. Unfortunately as he worked toward ramping up his basketball activities, Simmons began experiencing back soreness.

This has left Simmons without a timetable to return, as back problems don’t exactly suddenly clear up one day, they take time.

The latest update out of Brooklyn is that head coach Steve Nash just wants to see Ben Simmons get on the basketball court for the Nets at some point before the regular season ends. Although it should be noted, Nash is “very hopeful” Simmons plays for the Nets before playoff time.

Ultimately, until we know otherwise, very hopeful doesn’t mean much of anything. Of course they are hopeful to see one of their most valuable assets on the court instead of on the sidelines. It’s the same reason why the Philadelphia 76ers had to trade him.

Not to mention, the Nets are fighting for their playoff lives right now. Here they removed James Harden from the team and replaced him with a player who hasn’t even played one minute yet this year. It’s not a great look for their 2021-22 season.

Still, the Nets face little chance of falling out of the playoff race altogether, being that they’re in eighth place in the East, 5.5 games ahead of the 11th-seeded Washington Wizards. But the quicker their starting five can develop chemistry before they reach the elimination games, the better. Nash, as a former player himself surely knows this.

We’ll see how much longer we have to wait before Simmons makes his Nets debut. The longer he waits, the worse it looks. He can’t afford to keep burning bridges, even if this one is out of his control, due to injury.