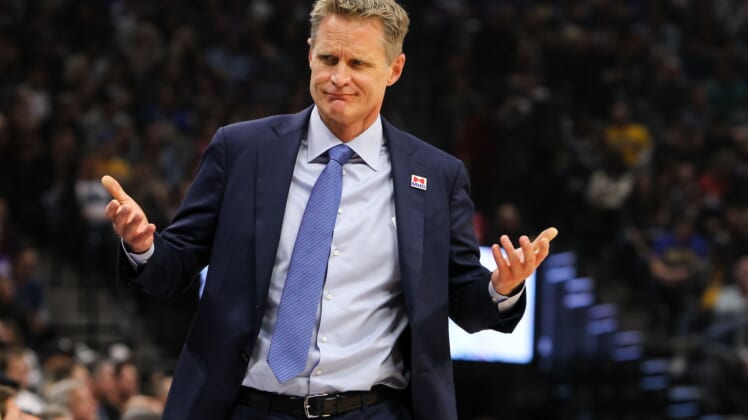 Earlier in the day, it was Draymond Green who threw shade the Cleveland Cavaliers’ way with an amazing shirt at the Golden State Warriors’ championship parade in Oakland. Green’s shirt drew LeBron James’ attention, at which point the Cavs forward trolled his counterpart.

Needless to say, it’s been a fun day around the NBA.

But leave it to Warriors head coach Steve Kerr to throw out the best possible troll job James’ way.

“Every one of you, just ultimate Warriors,” Kerr said looking back at his team.

This is in response to James wearing a shirt with the term “ultimate warrior” during the Cavs’ championship parade after defeating Golden State in the Finals last June.

After three consecutive Finals between these two teams, a new rivalry surely has started around the NBA. Whether that continues into next season remains to be seen. But it’s rather obvious both teams are having fun with it.