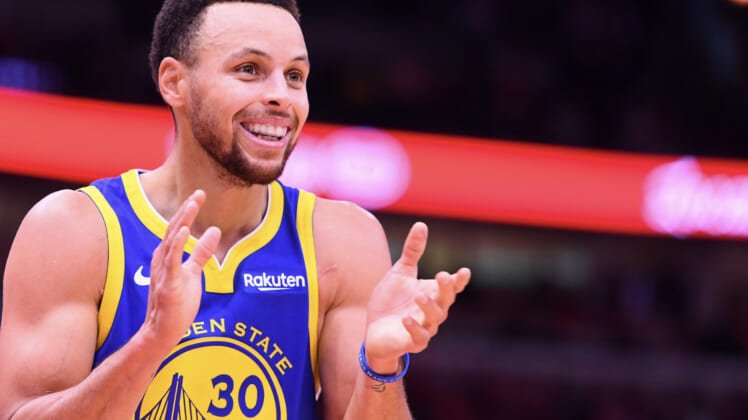 The Golden State Warriors now have a timeline for Stephen Curry’s return from a groin injury. The two-time NBA MVP will miss his ninth consecutive game when Golden State hosts Orlando on Monday.

After that, head coach Steve Kerr and the Warriors expect Curry to return at some point during their five-game road trip starting on Thursday. Equally as important, Kerr noted that Curry will be a full go in practice on Tuesday.

This couldn’t come at a better time for Golden State. Despite winning their past two games, these Warriors have not been themselves since Curry went down to injury. They’ve lost four of the past six games, getting blown out by the likes of Oklahoma City and Houston during that span.

Prior going down to injury, Curry was in the midst of an MVP-caliber season. That included him averaging 29.5 points on 52 percent shooting.