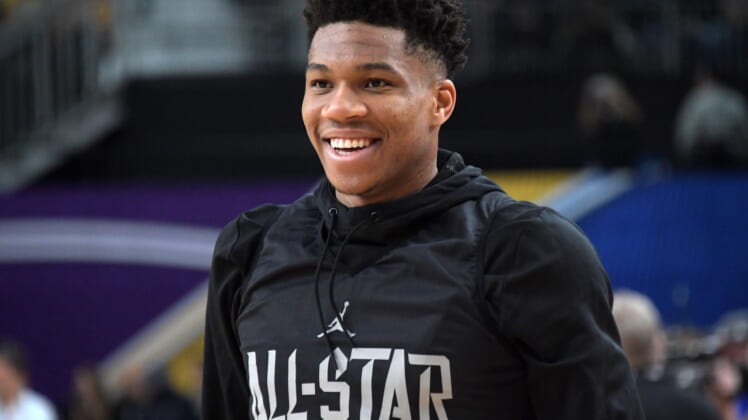 Kerr on The Greek Freak: “He reminds me a little bit of Kevin…” pic.twitter.com/qmTHpaHpx2

“He’s tremendous. So much fun to watch. Reminds me a little bit of Kevin because of the build, the length, the athleticism — it’s just an amazing combination. It would say that Giannis is a little bit more of a point forward. Kevin is more of a scorer. But they make similar impacts on the game.”

That’s certainly a lofty comparison. But quite frankly, it’s been well earned.

Antetokounmpo is having another brilliant season, averaging 27.2 points, 10.0 rebounds, and 4.8 assists a night. He’s also efficient, shooting 53.3 percent from the field and 75.9 percent from the line.

Certainly, Durant is a superior overall shooter. But the comparisons between him and Antetokounmpo don’t exactly come from out of nowhere. It will be a lot of fun to see how the Greak Freak — who is only 23 — develops throughout the rest of his career.