Steve Kerr among favorites as next Team USA head coach 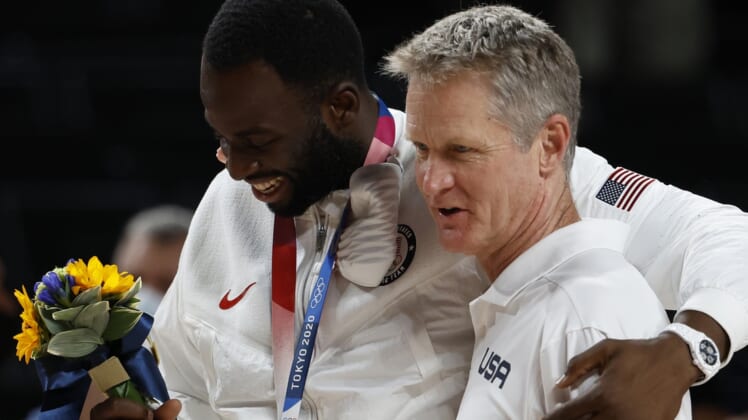 Golden State Warriors coach Steve Kerr is the leading candidate to succeed San Antonio’s Gregg Popovich as the next head coach of USA Basketball Men’s National Team, according to a report Thursday by veteran NBA reporter Marc Stein on Substack.

Kerr served as one of Popovich’s assistants at the 2020 Tokyo Olympics, where Team USA captured a fourth consecutive gold medal, as well as at the 2019 FIBA World Cup.

“Of course I’d be interested,” Kerr said in August regarding the position, according to The Athletic. “I mean, who wouldn’t be? I’ll leave it at that. I have no idea how it will all transpire; there are a lot of great candidates out there. And if I were to be considered, that would be an honor.”

The report adds that Miami Heat coach Erik Spoelstra also is a top candidate, however he does not have experience coaching at the national team level.

If Kerr does replace Popovich, it may entice Warriors guard Stephen Curry to play for Team USA in Paris at the 2024 Olympics. Curry played for the U.S. team at the FIBA World Cup in 2010 and 2014, but he has not participated in the Olympics.

“I don’t think I even need to advise Steph on any of that, because he’s been through the World Cup experience at least once, I think twice, if I’m not mistaken,” said Kerr, 56, who has led Golden State to three NBA titles (2015, ’17, ’18). “So, he’s competed at the highest level internationally. The Olympics is probably the only thing left on his list of basketball accomplishments. He’s achieved everything else. I think that would be great if he was interested in ’24. I think that’d be a great thing for him to pursue if he wanted to do it.”

Grant Hill, who succeeded Jerry Colangelo as USA Basketball executive director and is leading the search, has said he hopes to name a new Team USA before to the start of the 2021-22 NBA season on Oct. 19.