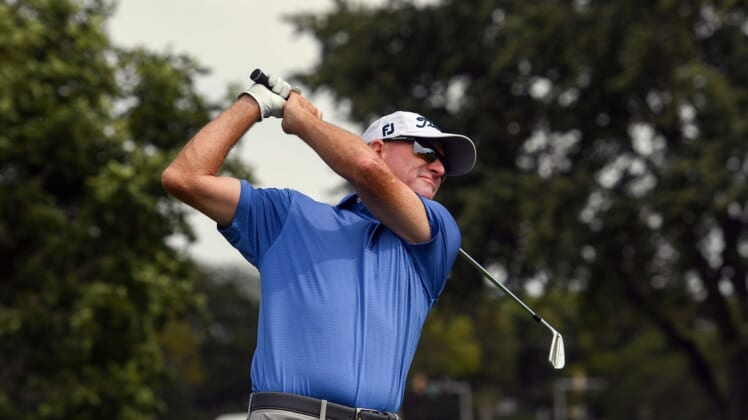 Steve Flesch shot a 7-under-par 65 to edge out three other golfers for the Mitsubishi Electric Classic title Sunday at Duluth, Ga.

Flesch started the day four shots behind 36-hole leader David Toms, but his final round helped him card an 11-under 205 for the tournament, one shot better than Toms, Fred Couples and Ireland’s Padraig Harrington.

Flesch’s only prior win on the 50-and-older circuit came at this same event at TPC Sugarloaf in 2018.

“Really wasn’t playing that great this year, not off to a good start, but I just hung in there today because I did everything I could to try and make it as hard as possible the first two days for myself,” Flesch said. “Proud of the way I hung in there. Got a lot of encouraging support, friends and family at home, so today was a lot of redemption for a lot of people.”

Harrington, a PGA Tour Champions rookie, went low with an 8-under 64 to move into contention. After Flesch managed five birdies in a row at Nos. 2-6, Harrington matched that feat at Nos. 10-14.

Toms ceded a two-stroke lead when he missed back-to-back short putts at Nos. 13 and 14, opening the door for his competitors.

Harrington made his ninth and final birdie of the day at the par-4 17th to reach 10 under for the event. Flesch birdied the same hole to touch 11 under and saved par on the last. Toms couldn’t manage a birdie at the par-5 18th that would have forced a playoff. He signed for a 2-under 70.

Couples fired a bogey-free 66 to join the tie for second. South Africa’s Ernie Els shot a 67 to take solo fifth place at 9 under. Mark Walker (68) was alone in sixth at 68.