Stephen Strasburg to come off IL, start Thursday for Nationals 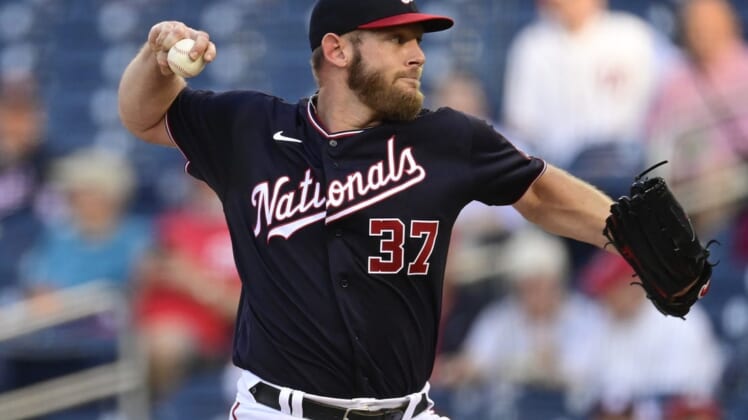 Washington Nationals manager Dave Martinez said Tuesday that pitcher Stephen Strasburg will be activated from the injured list this week and start Thursday’s road game against the Miami Marlins for his season debut.

It will mark Strasburg’s first major league appearance since June 1, 2021.

The veteran right-hander required Thoracic outlet syndrome surgery last July, and after missing the rest of the 2021 season, he still needed time to recover to start 2022.

Strasburg returns to the Nationals after making three rehab starts. In two starts for Class-A Fredericksburg, he went 1-1 with a 3.52 ERA, nine strikeouts and five walks. He then pitched six scoreless innings for Triple-A Rochester last Friday.

Strasburg, 33, is a three-time All-Star and the 2019 World Series MVP. He has spent his entire 12-year major league career with the Nationals, who made him the first overall pick in the 2009 draft.