Stephen Jones: Cowboys ‘for sure’ expect to extend Amari Cooper 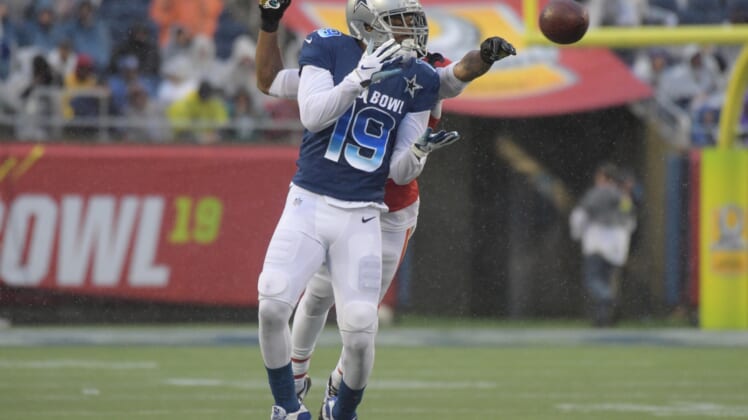 As the Dallas Cowboys head into training camp with their three biggest stars all seeking contract extensions, Dallas Cowboys COO Stephen Jones is confident the team will get a deal done with at least one of the team’s top playmakers.

Speaking to reporters on Friday, Jones said he “for sure” expects the team to reach a long-term contract extension with Pro Bowl wide receiver Amari Cooper.

Cooper is entering the final year of his rookie contract before he is set to hit free agency next offseason. He is not currently holding out, unlike teammate Ezekiel Elliott, which could help him a little more with convincing Dallas to offer him the money he is looking for.

The two sites were reportedly at a stalemate in May over contract negotiations, so perhaps progress has been made in the months since.

Cooper is coming off an excellent season that saw him record 75 receptions for 1,005 yards and seven touchdowns. He quickly emerged as a go-to weapon for Dak Prescott and the duo’s chemistry has likely improved after a full offseason to work together.

Given Prescott and Cooper will both be free agents this offseason, Dallas is likely to prioritize their new deals over Elliott.