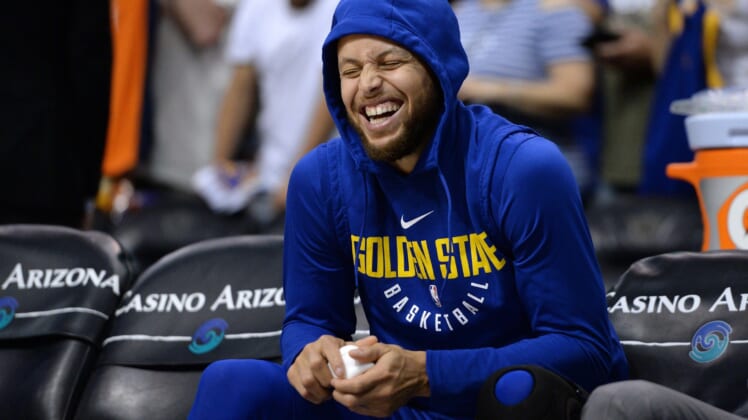 There is a portion of society that believes the famed moon landings performed by NASA never actually happened and were video productions, instead. Though he didn’t attach his name to the hoax portion of that theory, Stephen Curry admitted recently he doesn’t believe man has ever landed on the moon.

In a recent episode of the “Winging It” podcast with Vince Carter, appearing with Andre Iguodala, Curry was asked if we’ve ever been to the moon.

“Curry: We ever to the moon?

“Curry: They’re gonna come get us. I don’t think so, either.”

The “They’re gonna come get us” response indicates Curry does at least somewhat subscribe to the theory that the government orchestrated a production to trick the public and other governments that we did land on the moon.

Anyway, the NBA continues to harbor some very strange ideas.