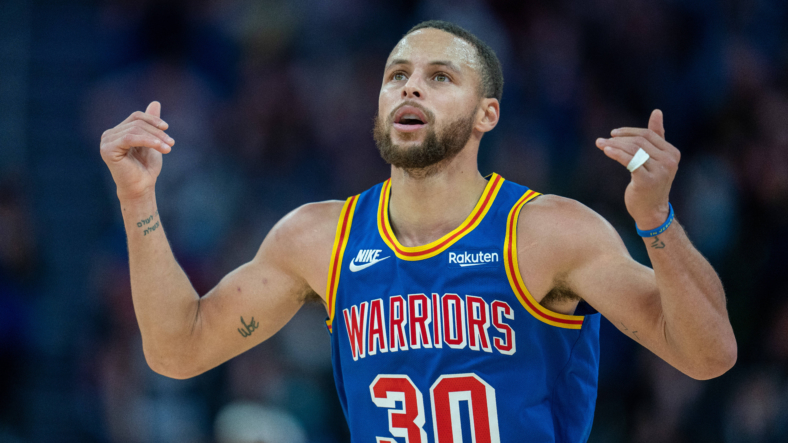 Golden State Warriors guard Stephen Curry will go down as one of the best players in NBA history. The face of one of the greatest dynasties in basketball, just the thought of Curry playing for another team thinks irrational. However, it seems to be something the

The 34-year-old could retire before the upcoming season and go down as one of the most impactful players ever. Entering as the 7th overall pick in the 2009 NBA Draft, Curry became the best three-point shooter ever and resurrected the Warriors’ dynasty a year after the franchise seemed to be building for the future.

Fresh off winning his fourth championship and first NBA Finals MVP, Curry has thought about his future. One of the highest-paid NBA players in 2022 won’t be leaving Golden State anytime soon, under contract through the 2025-’26 season. While he won’t be a free agent until he’s 38 years old, that hasn’t stopped Curry from thinking about the end of his legendary run in the NBA.

After receiving a key to the city of Charlotte, Curry talked about his future in the NBA. While his focus is on ending his career with the Warriors, there seems to at least be a small possibility of a return home to play for the Hornets.

It’s a scenario that Charlotte can only dream of right now. Even if Curry suited up for them when he was years past his prime, seeing him in the starting lineup would draw massive crowds. Fans have only been able to see Curry step foot on the court as an opponent, averaging 26.5 points and 5.2 assists against his hometown team.

Unfortunately for Charlotte, this dream scenario is doubtful to become reality. Even in Curry’s final season, Golden State will likely want to do right behind the most important figure in the history of the franchise. If that means he makes $59.6 million in 2025 as a bench player, that’s a bargain considering everything he did for the team.