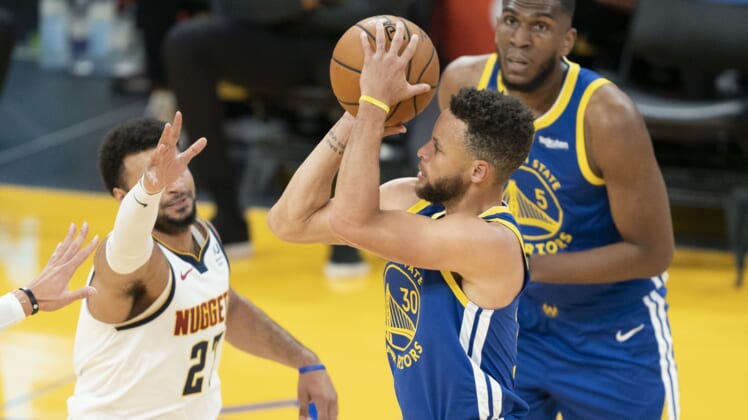 One of the best scorers among current NBA players surpassed a record set by one of the greatest scorers in league history on Monday.

Curry, 33, entered the night needing 19 points to surpass Chamberlain. He ended the first quarter with 21 points and had 30 by halftime. Curry, a two-time NBA Most Valuable Player and a star on three Golden State championship teams, is in his 12th pro season, all with the Warriors.

Chamberlain scored 17,783 points in six seasons with the Philadelphia/San Francisco Warriors from 1959-65.

Warriors coach Steve Kerr said pregame Monday of Curry, “It’s just an incredible feat. Passing Wilt in anything statistically is sort of remarkable because his name is just all over the NBA record books. So the fact that Steph is about to break that record is just incredible and obviously a testament to what he’s done here in his 12 years, what an impact he’s made.”