Stephen Curry: ‘No reason I can see’ to leave Warriors in free agency 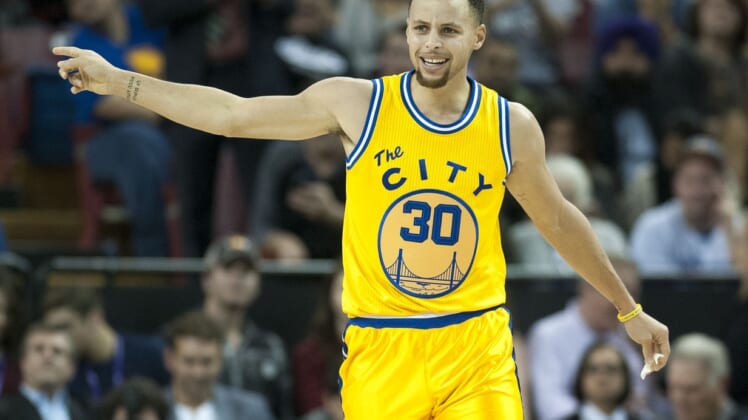 Steph Curry has been a phenomenal player for the Golden State Warriors these past few years. Widely considered one of the top players in the game, he was groomed form a young age by his father and former NBA player, Dell Curry.

But the greatest wisdom Dell may have imparted on Steph didn’t regard football, but rather finances.

In some wise words of wisdom, Curry points out that counting another man’s money and comparing it to your own is never good.

In a podcast interview with Tim Kawakami of the San Jose Mercury News, Curry puts those thoughts to rest.

“I can’t,” Curry said. “Like I’ve said from Day 1 when I was first asked about free agency, this is a perfect place to play. Bay Area fans are amazing, our organization’s amazing, we’ve put together an amazing team that’s competing for championships every year.

“There’s really no reason that I can see right now that would draw me elsewhere.

That sound you just heard was a huge sigh of relief from Warriors fans everywhere.

Curry has been the linchpin of a historic lineup. And his ability to play on a more team-friendly deal thanks to some wisdom imparted by his father, could help the Warriors to continue dominating for years to come.