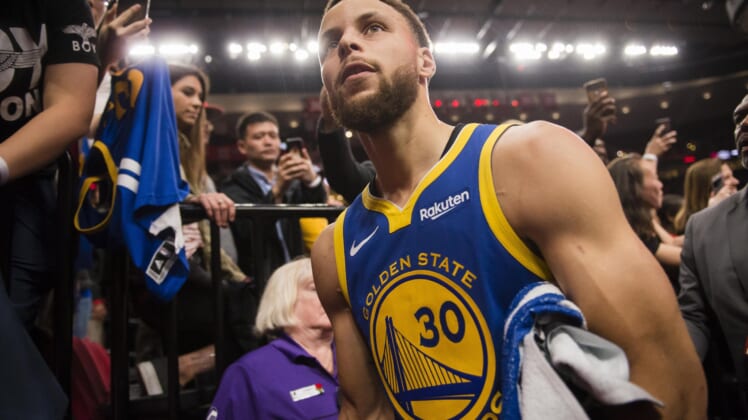 Judging by his pregame warmups, Golden State Warriors star Stephen Curry is locked in heading into Game 1 of the NBA Finals against the Toronto Raptors.

Curry was on the floor in Toronto prior to the game. He was knocking down threes from the logo with relative ease.

Based on this, it doesn’t appear as though the long layoff has done anything to hurt Curry’s range. Far from it.

We can’t exactly call this surprising. Curry’s pregame routine has long been the stuff of legend.

Still, seeing someone so casually knock down such long shots never gets old.