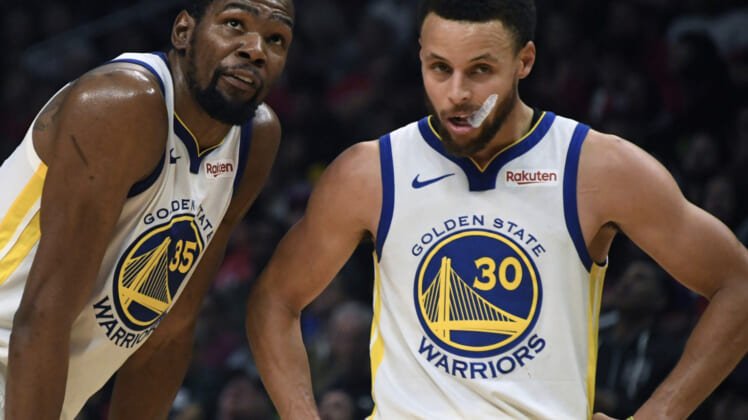 “I feel like for the last three years everybody has taken their shots at trying to nitpick or break us down, or drive a wedge in our team chemistry and togetherness,” Curry said, via Ron Kroichick of the San Francisco Chronicle. “This year, it’s been amplified even more with (Durant’s) free-agency stuff. Nobody can say anything without it getting scrutinized or criticized.”

Even more so than becoming the first team in over a half century to make five consecutive NBA Finals trips, this has been the talking point.

Some of that has to do with Durant’s unwillingness to commit to the Warriors like he has done each of the past two seasons. Though, Durant himself has made it clear he’s not interested in talking about free agency.

Outside of the Durant drama, Curry also made sure to criticize those who continue to place a spotlight on how KD meshes with the team.

“Nobody can be happy when people are playing well; that’s the most surprising part to me,” Curry continued. “If KD is playing well, it’s, ‘Oh, they’re playing a different style and it’s not as much fun to watch.’ When he’s out and we’re winning games, it’s, ‘Are we better or more fun (without him)’?”

This came out in droves during Golden State’s four-game sweep of the Portland Trail Blazers in the Western Conference Finals. The team was able to take care of Portland with Durant sidelined to a calf injury.

Interestingly enough, Curry’s brother was one of those who threw another layer into the belief that the Warriors are better without Durant.

With the NBA Finals slated to start in less than a week, it seems Curry is over the narrative we’ve seen throughout this season. If that’s the case, I bet he can’t wait until free agency in July. That will be fun.