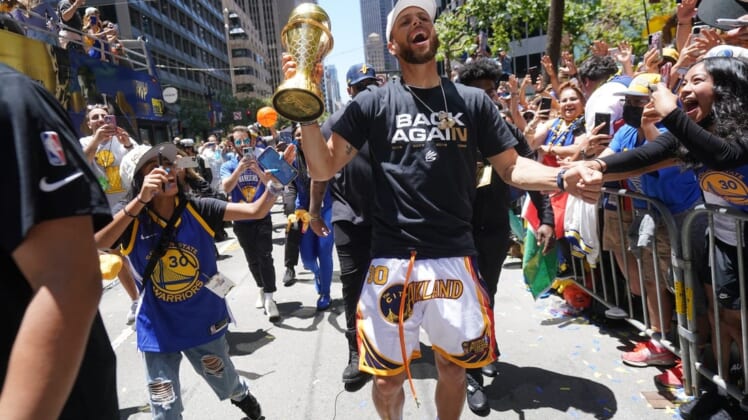 A jersey worn by the Golden State Warriors guard in Game 1 of last month’s NBA Finals has sold for $203,330 on the NBA Auctions website. The auction attracted 101 bids.

In the Game 1 loss to the Boston Celtics on June 2, Curry hit six 3-pointers in the first quarter. That performance broke a record for the most 3-pointers made during one quarter in an NBA Finals game.

Curry went on to win Finals MVP as the Warriors defeated the Celtics in six games.

The amount paid for Curry’s jersey still paled in comparison to the record $3.69 million paid for a jersey worn by Kobe Bryant in his rookie season.

Other Curry collectibles that have recently gone for high prices include a 2009 Panini Absolute Memorabilia Signature Materials autographed Logoman Curry rookie card, sold for $492,000; a 2009 Playoff National Treasures Curry rookie patch autograph, sold for $720,000; and a Curry jersey worn in Game 1 of the 2016 NBA Finals, for $343,200.

One reason the value of collectible items associated with Curry have increased recently is due to his becoming one of just 10 players in NBA history to win a Finals MVP award and two NBA MVPs. He also broke the NBA record for career 3-pointers made last December.