Stephen Curry involved in multiple-car crash, appears to be okay 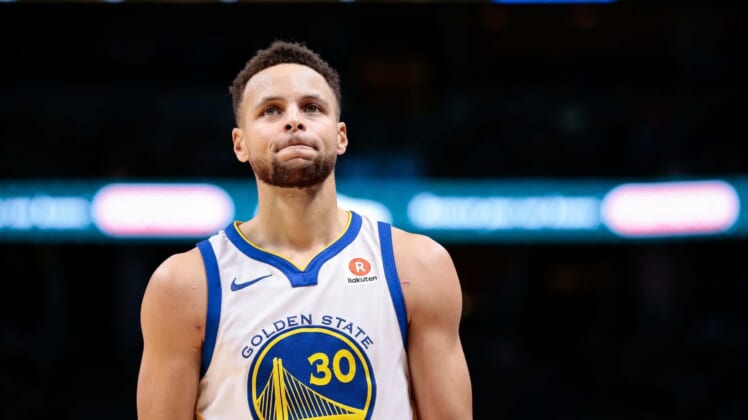 Stephen Curry was driving on Highway 24 in Oakland Saturday when he was involved in a multiple-vehicle crash, likely due to inclement weather.

Thankfully, according to ABC7 News, the Golden State Warriors star point guard — and everyone else involved in the accident — appears to be okay.

“A California Highway Patrol spokesman said Curry was hit twice; first a car spun out and hit him, then a second car rear-ended him. Curry’s Porsche was damaged. But everyone, including Curry, appears to be okay.”

Curry, 30, is currently out of commission with a groin injury and was already not expected to play Friday as the Warriors host the Portland Trail Blazers.