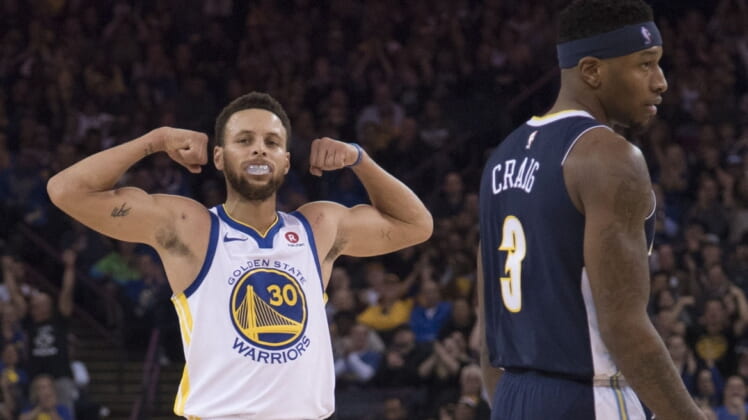 Golden State Warriors superstar Stephen Curry was involved in a multiple-vehicle crash on Black Friday, and thankfully he emerged unscathed.

But new video obtained by TMZ Sports shows just how close Curry and the other cars involved were to disaster. An out-of-control car skidded across multiple lanes and clipped Curry’s Porsche, causing it to careen toward the center divide.

Here’s a picture of Curry’s Porsche after police arrived on the scene.

Roughly ten minutes after he was clipped by the first car, a second vehicle hit his Porsche from behind, police said. After the accident, Curry sent a message to his millions of Twitter followers and thanked everyone for their well wishes.

It was certainly a scary situation. But in the end Curry, and everyone else involved, escaped any major injury, which is pretty miraculous.