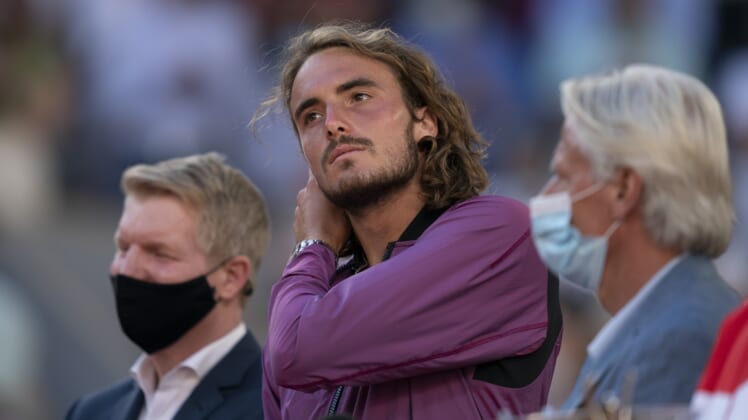 French Open runner-up Stefanos Tsitsipas of Greece pulled out of the Noventi Open in Halle, Germany, this week to mourn the passing of his grandmother.

The 22-year-old wrote that he learned of her passing just before taking the court against Novak Djokovic in the Paris finale on Sunday, which he lost in five sets.

“Five minutes before entering the court my very beloved grandmother lost her battle with life,” Tsitsipas said in an Instagram post. “A wise woman whose faith in life, and willingness to give and provide can’t be compared to any other human being that I have ever met.”

Tsitsipas was set to play singles and doubles — with his younger brother Petros — in the Halle grass court event, which serves as a tune-up for Wimbledon.

He’ll be replaced in the singles draw by lucky loser Yannick Hanfmann of Germany.

In the French Open final, Tsitsipas won the first two sets against world No. 1 Djokovic, but ultimately fell in the four-hour, 11-minute match.