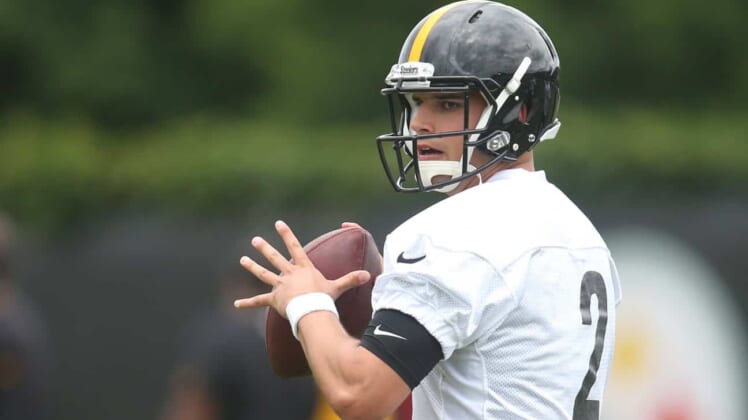 The Pittsburgh Steelers moved to 6-5 on the season with a hard-fought 16-10 victory over the winless Cincinnati Bengals on Sunday.

A week that started with drama surrounding quarterback Mason Rudolph culminated in him being benched in favor of Devlin Hodges, who led Pittsburgh to a comeback win on Sunday.

Following the game, Steelers head coach Mike Tomlin would not commit to Rudolph as their starter for Week 13 against the Cleveland Browns.

Rudolph was downright horrible in his first action since that Week 11 brawl with the above-mentioned Browns. He completed 8-of-16 passing for 85 yards before being pulled for Hodges.

This is a major backstory as Pittsburgh finds itself in a three-way tie for the final wild card spot after both the Raiders and Colts lost this week.

It also comes amid what will be a drama-filled rematch with the Browns next week.