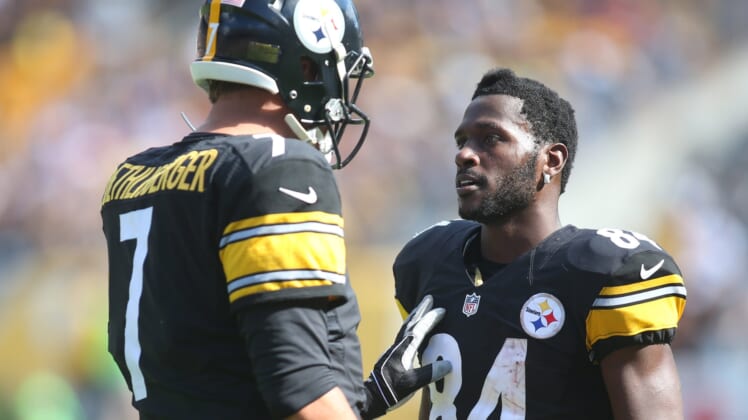 In what can’t be considered surprising news, the Pittsburgh Steelers have decided to sit Pro Bowlers Ben Roethlisberger and Antonio Brown for their preseason opener against the New York Giants.

There’s really no reason for either top-end player to risk injury in a meaningless mid-summer game. It’s something Pittsburgh has done consistently throughout Mike Tomlin’s tenure as the team’s head coach. He covered this and more in his press conference on Wednesday.

Rookie fourth-round pick Josh Dobbs will start under center with veteran Landry Jones dealing with an injury of his own.

With Martavis Bryant still suspended and Bryant sitting this one out, the likes of rookie JuJu Smith-Schuster and fellow youngster Eli Rogers will receive more playing time in this one.

Pittsburgh is absolutely stacked at wide receiver, but the team surely wants to see what it has in others behind Bryant and the soon-to-be reinstated Bryant on its depth chart. That starts this week against the New York Giants.