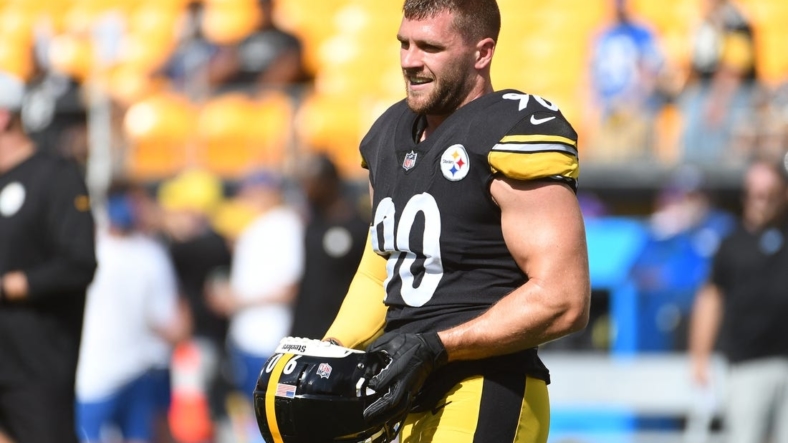 Pittsburgh Steelers linebacker T.J. Watt and running back Najee Harris departed Sunday’s game against the Cincinnati Bengals with injuries and were ruled out for the game.

Watt suffered a left pectoral injury late in regulation before the Steelers and Bengals headed to overtime.

The Steelers beat the Bengals on a 53-yard field goal conversion by Chris Boswell as time expired in the extra period.

Reports said Watt, the reigning NFL Defensive Player of the Year, was seen on the television broadcast mouthing the words, “I tore my pec.”

Harris injured his foot and limped off the field, also occurring late in the fourth quarter.