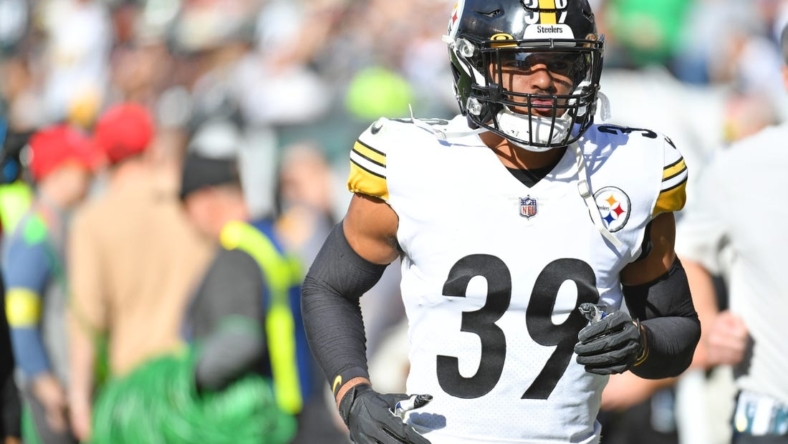 The Pittsburgh Steelers activated linebacker T.J. Watt, who missed seven games with a pectoral injury, off injured reserve on Saturday.

The defense, however, will be without fellow All-Pro Minkah Fitzpatrick on Sunday against the New Orleans Saints. The safety is out with appendicitis.

In addition, the team placed cornerback William Jackson III (back) on injured reserve and elevated safety Elijah Riley to the active list for the game.

Watt sustained his injury in the season opener against the Cincinnati Bengals and returned to practice on Oct. 26. He also underwent minor knee surgery while he was sidelined.

“It’s huge to finally have a helmet back on and be out there on the field, Watt told reporters Friday. “Just to feel the emotions and feel alive again in the stadium.”

Watt had a sack and interception before leaving the game in Week 1. Last season, the three-time All-Pro tied Michael Strahan (2001) for the most sacks (22.5) in a season since the stat became official in 1982.

The Steelers (2-6) can use the help on defense, especially with Fitzpatrick ruled out.

In seven games this season, Fitzpatrick has three interceptions — one returned for a touchdown — and six passes defensed along with 45 tackles.

The Steelers acquired Jackson in a trade with the Washington Commanders on Nov. 1. He has yet to play for Pittsburgh because of the back injury.

In 75 career games (64 starts) with the Cincinnati Bengals and Commanders, Jackson has 205 career tackles with five interceptions, 51 passes defensed and one sack. He returned one interception for a score.

Riley was promoted from the practice squad in Week 6 and played 13 percent of defensive snaps.