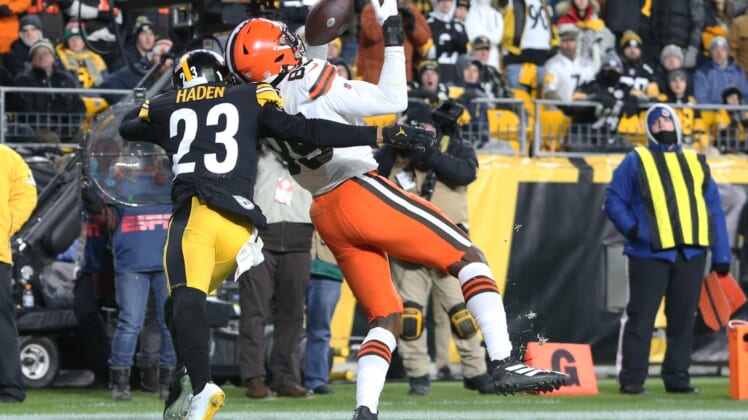 The Pittsburgh Steelers placed cornerback Joe Haden on the COVID-19 list on Wednesday.’

Pittsburgh (8-7-1) is still in playoff contention as it finishes the regular season Sunday against the AFC North-rival Baltimore Ravens (8-8).

Schobert has 108 tackles and one interception in his first season with the Steelers. It marks the fifth straight season Schobert has reached 100 stops.

Bush has 66 tackles and two sacks in 13 games this season. He has 201 stops, five fumble recoveries and four sacks in 34 games (33 starts) in three seasons with Pittsburgh.