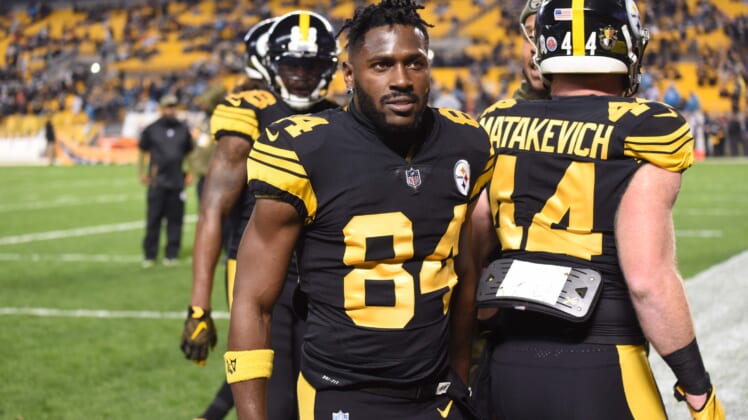 The tea leaves have certainly been blowing in the direction of the Pittsburgh Steelers trading star wide receiver Antonio Brown this offseason.

Brown, 30, just concluded another productive Pro Bowl campaign in Pittsburgh. Though, the end of the regular season was filled with some tremendous internal drama. That included a spat with quarterback Ben Roethlisberger and Brown finding himself benched for Week 17.

Now, according to Steelers owner Art Rooney II, it’s hard to envision Brown being with the team when players report for training camp in July.

“As we sit here today, it’s hard to envision that (Brown being on the Steelers). But there’s no sense on closing the door on anything today,” Rooney said, via Gerry Dulac of the Pittsburgh Post-Gazette. “There’s snow on the ground. We don’t have to make those decisions right now.”

Rooney did indicate that Pittsburgh won’t release Brown. Instead, he pretty much left open the possibility of a trade.

“There’s not much we can do right now; we have time to make a decision,” the owner continued. “We’ll look at all the options. We’re not going to release him, that’s not on the table. But I will say all other options are on the table.”

Brown has made waves since the end of the 2018 campaign with multiple social media posts linking him to the San Francisco 49ers.

It’s also well known that Pittsburgh will be placing the six-time Pro Bowl receiver in the trade block. If so, multiple teams will join San Francisco in the hunt for the game’s most-productive receiver.

There’s also a financial aspect to all of this. Pittsburgh would incur a massive salary cap hit by trading Brown — something he can limit in order to help facilitate a trade.

Stay tuned, this story is not going away any time soon.