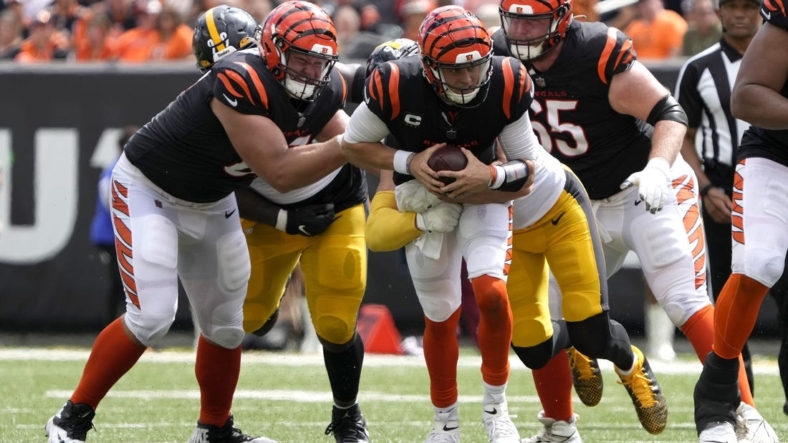 Watt, the reigning NFL Defensive Player of the Year and a four-time Pro Bowl selection, had an interception and a sack before leaving the eventual Steelers’ win.

NFL Network reported Watt has discussed the injury with his older brother, J.J. Watt of the Arizona Cardinals, who had surgery for a similar injury in his 10th NFL season but returned sooner than expected. J.J. Watt said he felt great eight weeks post-surgery.

The normal recovery time from the surgical corrective operation is three months, a projection that would imply T.J. Watt wouldn’t return until December.

A timetable for his return from an injury that could be connected to a Lisfranc sprain during training camp won’t be established until further testing is completed, per multiple reports. The initial report from the team on Sunday was Harris left with an ankle injury.