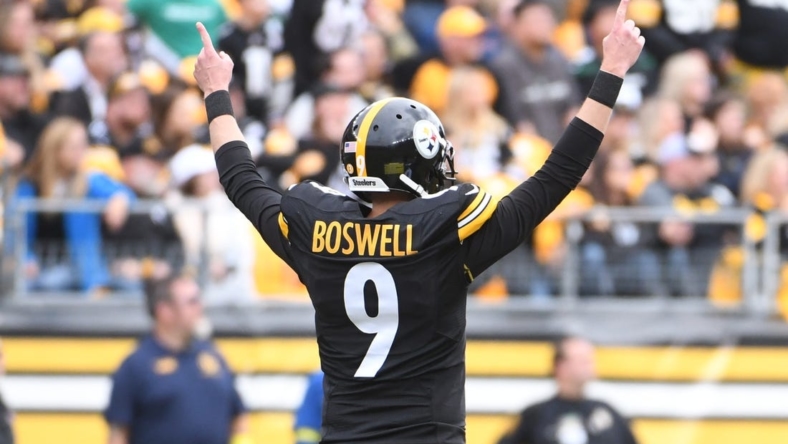 Both players are dealing with groin injuries and were downgraded from questionable to out on Saturday.

It’s unclear who will handle the kicking duties for the Steelers, who don’t have another kicker on the 53-man roster or the practice squad.

Boswell, 31, has made 12 of 16 field-goal attempts and all nine of his extra-point tries in seven games this season.

Jackson, 26, has recorded six tackles and one fumble recovery in four games (one start) this season.