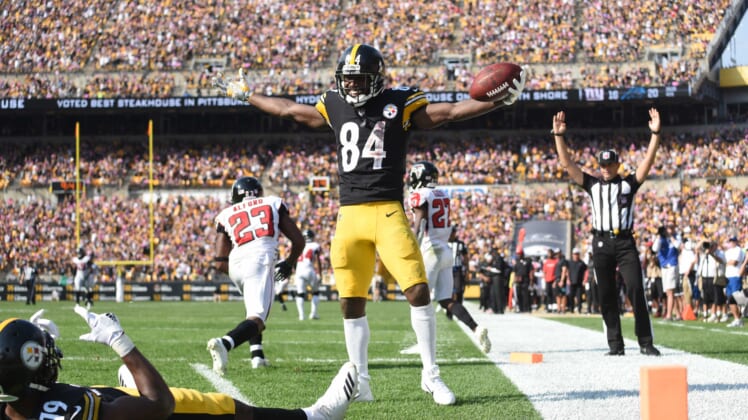 Pittsburgh Steelers general manager Kevin Colbert enjoyed watching Antonio Brown dominate on the field with the Steelers for years. While the relationship between Brown and the organization ended poorly, Colbert expressed his concern and offered support for Brown following a rocky year.

The Steelers traded Brown to the Oakland Raiders last season. The star receiver’s stay in Oakland didn’t last long, getting cut by the Raiders for a series of unprofessional behavior and a scuffle with teammates. He signed with the New England Patriots shortly after but was later released when the NFL launched an investigation into sexual assault allegations him.

Brown went through a stretch of extreme behavioral issues following his release by the New England Patriots. He blasted the NFL and hinted at retirement on Nov. 7 then clarified his statement the same day.

After watching Brown spiral his way out of the NFL and find himself in frequent legal trouble, Colbert told reporters that the entire organization is worried about him as a person. He also shared that they’ve reached out to Brown’s representation in an effort to offer any support they can for their former star.

Brown has recently made efforts to turn his life around and is looking to make his way back to the NFL. While the second chance won’t come with the Steelers, it’s good to see the organization is looking out for one of its former stars and offering support.