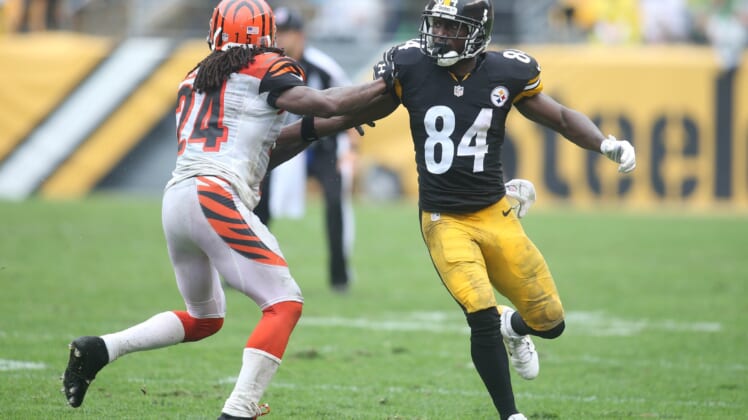 After missing the final two regular season games with a torn calf muscle, Pittsburgh Steelers wide receiver Antonio Brown will give it a go Sunday against the Jacksonville Jaguars in the AFC Divisional Playoffs.

The team made it official Sunday morning.

It’s not yet known how close to 100 percent Brown is. But reports on Saturday evening noted that he’s not anywhere near full speed.

Steelers’ WR Antion Brown will test his calf injury pregame Sunday to determine whether he can play. “He is not close to 100%,” said one source. “My guess is he will be active and give it a go.”

Brown could very well be used as a decoy here, demanding the attention of Pro Bowl cornerback Jalen Ramsey in the process. That could free up the likes of JuJu Smith-Schuster, Martavis Bryant and Eli Rogers to do damage against the best pass defense the NFL has to offer.

It will be interesting to see how Brown looks early in Sunday’s game at Heinz Field. It is expected to be under 20 degrees at kickoff, which could very well impact his performance.

The All-Pro receiver is coming off a regular season in which he caught 101 passes for 1,533 yards and nine touchdowns.