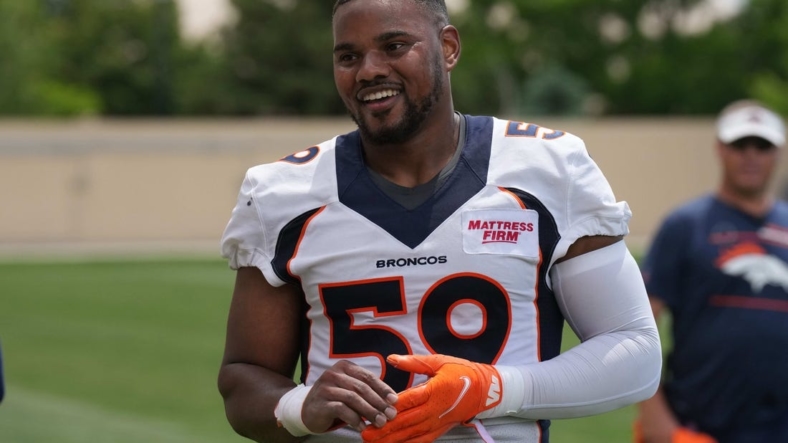 The Pittsburgh Steelers beefed up their depth at outside linebacker on Tuesday with the acquisition of Malik Reed from the Denver Broncos.

Mike McCartney, the agent for Reed, announced the move on Twitter.

The Broncos are sending a 2023 sixth-round pick to the Broncos in exchange for Reed and also acquired Denver’s seventh-rounder in 2023, per reports.

Reed will slot in behind T.J. Watt and Alex Highsmith on the Steelers’ depth chart. Highsmith continues to deal with a rib injury.

Reed filled a similar role in Denver playing behind Von Miller and Bradley Chubb in recent seasons. He was squeezed out after the Broncos signed Randy Gregory and moved Baron Browning to outside linebacker in the offseason.

The Steelers also announced a number of cuts ahead of Tuesday’s 4 p.m. deadline to get their roster down to 53, including defensive lineman Henry Mondeaux and linebacker Buddy Johnson. The rest of the cuts: