David Kenyon
Courtesy of MLB.com: Ever wondered how much Cliff Lee’s off-speed pitches spin? Now you can know.

The new generation of data tracking in Major League Baseball is set to arrive Tuesday night on MLB Network when the St. Louis Cardinals and Washington Nationals square off at 7 p.m. ET.

“Statcast, a state-of-the-art tracking technology, is capable of gathering and displaying previously immeasurable aspects of the game,” the league said.

“Statcast collects the data using a series of high-resolution optical cameras along with radar equipment that has been installed in all 30 Major League ballparks. The technology precisely tracks the location and movements of the ball and every player on the field at any given time.”

Advanced metrics are not yet commonplace to the casual MLB fan, but Statcast should help viewers understand—and hopefully gain a greater appreciation for—the intricacies of the sport.

From perceived velocity to release point to spin rate, pitchers can be studied in amazing detail. Batters can be observed through the “velocity, launch angle and vector of the ball as it comes off the bat.”

Baserunners and fielders can be measured for their speed and efficiency, meaning they’re judged compared to the fastest possible route to the destination. Statcast can also show the distance a player traveled to make a play and the time it takes for him to transfer the ball from his glove. 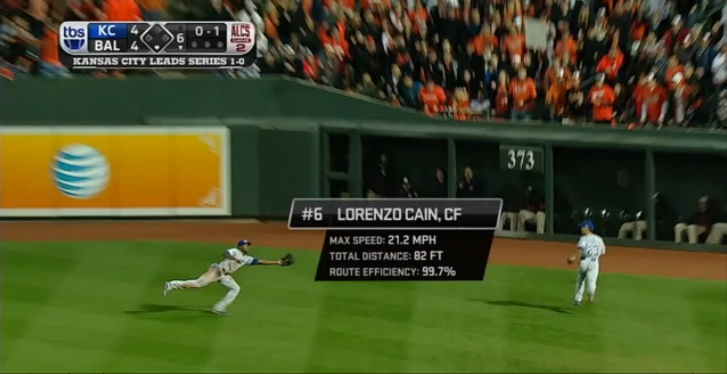 Statcast may not catch on immediately in the mainstream. The person most likely to adopt the technology is probably one who already studies advanced metrics; someone who argues based on Wins Above Replacement and Runs Created rather than home runs and RBI.

That’s not to say the proverbial average fan won’t enjoy Statcast. The numbers provided will give tremendous insight into parts of the sport that were considered intangibles, so the system’s value is inarguable.

Now, the key is for it to catch on.