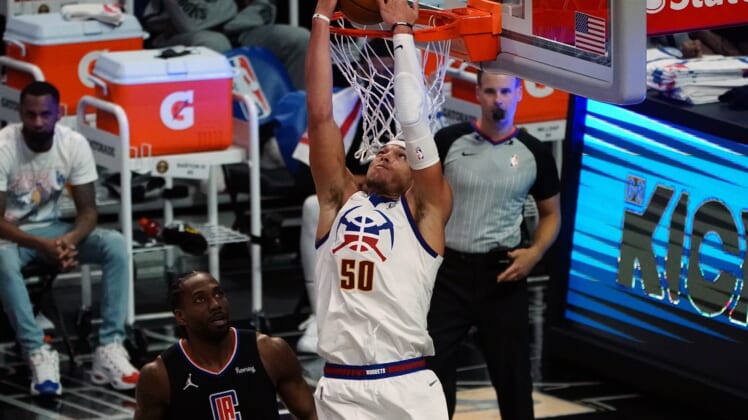 In a game featuring two teams jockeying for position in the Western Conference standings, the Denver Nuggets played with a bit more urgency in outlasting the host Los Angeles Clippers 101-94 on Thursday.

New addition Aaron Gordon added 14 points and six rebounds, while MVP candidate Nikola Jokic had a quiet night, finishing with 14 points – 13 below his average — and seven rebounds and seven assists.

Kawhi Leonard led the Clippers with 24 points and 12 rebounds. Paul George followed with 17 points and eight rebounds, and Terance Mann chipped in 18 points off the bench.

However, the Nuggets effectively chased the Clippers off the 3-point line on Thursday and made them drive to the basket. The Clippers shot just 10 for 34 (29 percent) from beyond the arc this time.

The Clippers fell behind 31-20 at the end of the first quarter. They trailed by as many as 18 early in the third quarter, but managed to cut Denver’s advantage to seven points with just over four minutes left in the period.

The Nuggets pushed the lead back up to 11 points at the end of the quarter.

The Nuggets survived by outscoring the Clippers 17-11 down the stretch.

The Nuggets return home for five games beginning Sunday vs. the Magic. The Clippers face the Lakers on Sunday.