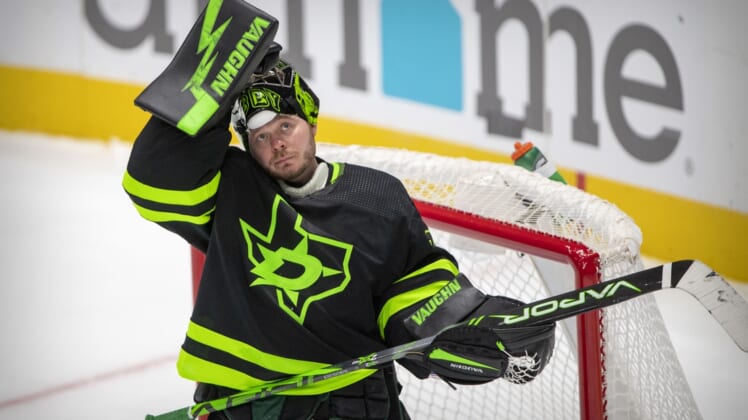 The Dallas Stars waived goalie Anton Khudobin on Monday, 15 months removed from leading the club to the Stanley Cup Finals.

Khudobin, 35, signed a three-year, $10 million contract with the Stars in October 2020. The move clears $1.25 in cap space. However, if he clears waivers and is assigned to AHL Texas, Khudobin will count $2.21 against the cap.

He also said Khudobin needs to play – just not in Dallas. He has been a healthy scratch in the last eight games and hasn’t seen action since Nov. 18. Jake Oettinger has been the primary backup to starter Braden Holtby.

Khudobin was in the midst of the worst season of his career. In seven games (six starts), Khudobin posted a career-low 3.73 goals against average and .873 save percentage. He is 3-3-1.