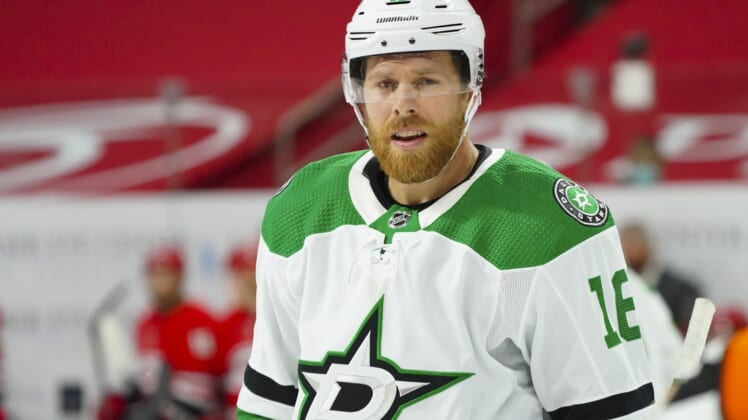 The deal includes an additional $500,000 in performance-based incentives.

The 37-year-old alternate captain leads the team in assists (37) and points (59) through 56 games. He made his fourth career All-Star Game appearance last month.

Only Stars forwards Jason Robertson (29) and Roope Hintz (23) have more goals than Pavelski, who joined Dallas in July 2019 after 13 seasons with the San Jose Sharks.

“In his three seasons here, Joe has proven to be one of the strongest, most respected voices in the dressing room, as well as being one of the most consistent performers on the ice,” Stars general manager Jim Nill said. “He has played at an All-Star level this season, and by signing this deal now, it is a testament to what he sees in this organization and how this organization values what he brings day-in and day-out. He is a true professional, an incredible leader, and an example to everyone in our organization of what the standard is.”

“Sarah, Nate and I have loved the city of Dallas and the Stars organization since Day One,” Pavelski said. “We are very committed to winning here and have full belief in (owner) Tom Gaglardi and his family and Jim Nill to give our group every resource in order to do so. We have a great dressing room, and it was important to me, and my family, to show that we are all in.”

Dallas is in fifth place in the Central Division at 32-21-3. If the playoffs started Friday, the Stars would have the second wild-card spot in the Western Conference.