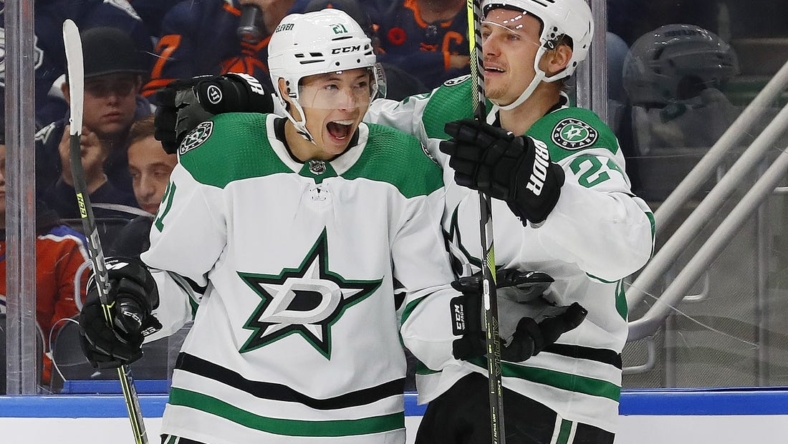 The Dallas Stars and Winnipeg Jets are showing they can hang in there with the top teams in the NHL.

Looking for a season-high fourth consecutive victory, the visiting Stars will try to keep the Jets from running their point streak to seven games on Tuesday night.

Dallas currently sits atop the Central Division with 17 points, and Winnipeg is two behind. Each club is amid a 6-3-1 stretch and playing with plenty of confidence.

Aiming for a third straight road victory, the Stars have outscored their opponents 18-6 in November and gone 6-for-11 on the power play while winning all three games. Jamie Benn recorded a hat trick and Jason Robertson posted a goal with two assists as Dallas won 6-2 at Edmonton on Saturday.

“Things are going good, and we want to continue that,” said the 33-year-old Benn, who has four goals and four assists in the last three games.

Robertson has scored six times during a career-high five-game goal streak, during which he’s also recorded 11 of his team-leading 18 points.

“Every game, the commitment level is there, and we have an understanding of what we need to do,” said 38-year-old Dallas star Joe Pavelski, who has two goals and three assists in five games.

“We know what to do, so we’re well on our way to that structure and being that team.”

Robertson and Hintz each had an assist as the Stars won their fourth in a row over Winnipeg, 4-1 at home on Oct. 17. Dallas has scored 21 times during a 5-0-1 run in this series, but Winnipeg earned at least a point in five of those meetings.

The Jets currently hold a 21-10 goal advantage during their own 5-0-1 overall stretch — and 11-2 while winning their past three at home — following Saturday’s 4-0 victory over Chicago. Winnipeg scored three of Saturday’s goals on the power play.

“We have full confidence in our ability to score,” Jets coach and ex-Stars boss Rick Bowness said.

Connor Hellebuyck made 30 saves against the Blackhawks for his 30th career shutout and second of the season. Meanwhile, Winnipeg has also killed off all 10 opponents’ power-play chances in the last four games.

“I think the things we’re trying to see out of our team are becoming more and more consistent,” said defenseman Josh Morrissey, who scored his first goal of the season Saturday and has a team-leading 11 points.

“Hopefully, we can keep that going.”

Hellebuyck has stopped 96 of 100 shots during his last three starts. However, he allowed four goals on 29 shots faced at Dallas last month, and he’s posted a 3.51 goals-against average during an 0-1-4 stretch opposite the Stars.

Teammate Pierre-Luc Dubois has five goals and five assists on the season and has registered back-to-back two-point games. Meanwhile, Mark Scheifele scored Winnipeg’s lone goal versus Dallas this season. He has three goals and two assists in his last six games.