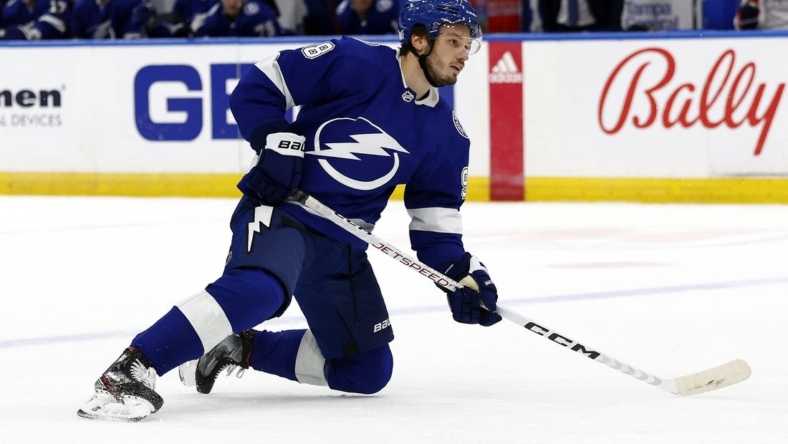 When the Dallas Stars and Tampa Bay Lightning square off in Florida for the first time this season Tuesday, they’ll be looking to build some elusive momentum after turning in impressive wins.

The two teams showed plenty of offense, fast play and tenacity Sunday when the Stars controlled the Philadelphia Flyers en route to a 5-1 victory and the Lightning piled in four first-period goals on their way to a 6-3 win over the Washington Capitals.

While the Stars’ victory may be remembered more for one of Philadelphia coach John Tortorella’s postgame rant — this time defending his club — the Stars’ showing over 60 minutes was still the day’s best performance.

The win broke a two-game losing skid by the Stars, who haven’t lost three consecutive matches this season — a point emphasized by coach Pete DeBoer.

“We needed to win tonight,” said DeBoer. “I think we look around the league and you see teams have these losing streaks roll, one into two, two into four or five. We wanted to make sure we didn’t so that. This was an important game for us, an important start to the trip.”

They also have not won more than three games in a row and are hoping to get on that kind of a roll.

Pavelski, who has eight goals in 15 games, is a major part of the top line also consisting of Robertson and Hintz. With 10 goals overall, Robertson has tallied eight times and has eight assists during his sizzling eight-game stretch.

“Good response from the group to stop the bleeding and get back, do a lot of little things well,” said Pavelski, who added two assists.

After a rough 5-1 loss in Washington Friday night, the Lightning also got back on track, primarily behind a four-goal first period that was sparked by the play of Mikhail Sergachev.

The defenseman recorded two goals and two assists, matching the club record for points in a period, as Tampa Bay hit the twine four times before the Capitals even registered a shot on goal.

Two of the team’s four goals in the first period went in off Washington players, but the pressure the home side put on the Capitals was overwhelming.

“A couple of fluky ones went in and a couple of really good ones on the power play, too,” said Sergachev, who had one of each and assisted on the two others. “It was a good start by us. We outshot them (9-4) and I though we spent way more time in their zone than in our zone.”

High-scoring captain Steven Stamkos remained goalless across his past 10 games, although he did have two assists and now has 15 points in the 15 games (seven goals, eight assists).