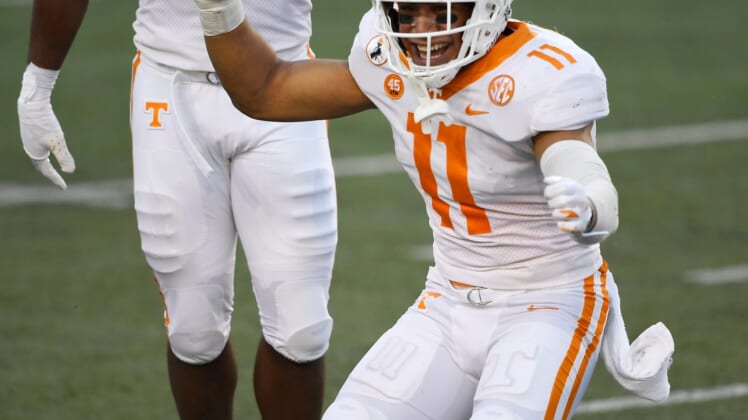 Tennessee linebacker Henry To’o To’o (11) celebrates his first down after a catch on a fake punt during the second quarter at Vanderbilt Stadium Saturday, Dec. 12, 2020 in Nashville, Tenn.Gw55884

A member of the Class of 2019, To’o To’o was a four-star recruit and ranked as the No. 3 outside linebacker in the nation by the 247Sports composite.

In 23 games over two seasons with the Volunteers, the Northern California native made 148 tackles (15 for loss) and had 1 1/2 sacks, one interception, a fumble recovery and five passes defensed.

He entered the transfer portal in January following the dismissal of coach Jeremy Pruitt after an in-house investigation into alleged recruiting violations.