Stanford seeks to extend dominance at home vs. Dartmouth 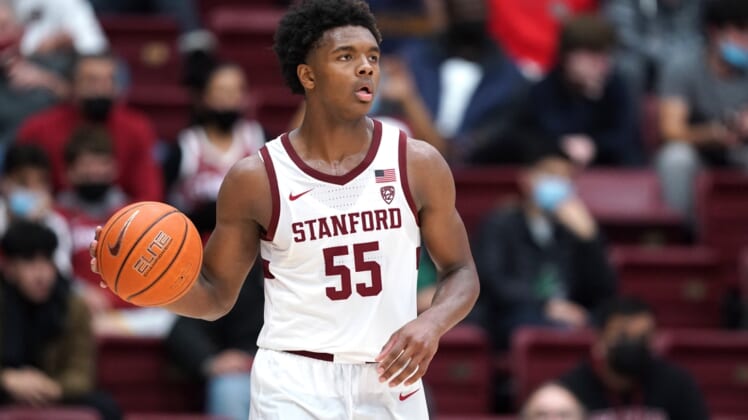 Dartmouth begins a three-game California swing Thursday night when it shoots for a first-ever victory over host Stanford in a non-conference basketball game.

The Big Green (3-5, 0-0 in Ivy League) will be looking to snap a four-game losing streak. The last three defeats have been tight ones — 78-68 at Florida Gulf Coast in overtime, 72-69 at home against Quinnipiac and 65-62 last Saturday at home against Boston University.

Dartmouth also will face California on Sunday and Cal State Bakersfield next Tuesday before heading home.

The Big Green have been led this season by two unexpected sources — seniors Brendan Barry and Aaryn Rai.

Barry, the team’s leading scorer at 14.4 points per game, played last season for Temple as a graduate transfer, then took advantage of the NCAA granting all players an extra year of eligibility due to last year’s COVID-19 restrictions to transfer back to Dartmouth for what is now his fifth season for the Big Green (including a medical redshirt).

Rai, who is second on the team in scoring (13.5), put his name in the transfer portal after last season before electing to return to Dartmouth for a fourth season.

The seniors will be up against a talented freshman in Stanford’s Harrison Ingram, who has immediately impacted the Cardinal program with team-leading numbers in points (12.5), rebounds (6.9) and assists (3.6) in his first eight games (seven starts).

One of his assists led to the most dramatic moment of the young season for Stanford (5-3, 1-1 Pac-12) when the freshman hit Jaiden Delaire with a long inbounds that led to a game-winning 3-pointer in the Cardinal’s 72-69 win last Sunday over Oregon in their most recent outing.

“Coach in the huddle drew up a play,” Delaire said of the final sequence, which began with Ingram inbounding the ball 75 feet from the basket with 3.0 seconds left. “I knew with three seconds on the clock, I could get two dribbles and get a good look at the basket. I thought: Anything goes; it’s all even.”

Stanford improved to 5-0 at home with the win.