Stanford reaches final in Honolulu with win over Liberty 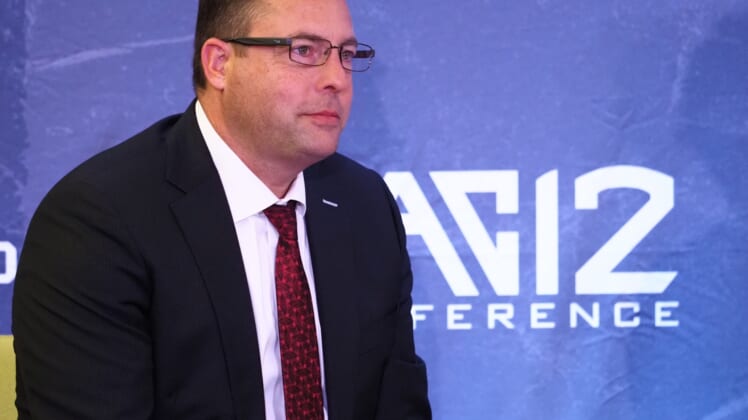 Spencer Jones scored 25 points, and Stanford used a spurt late in the second half to grab the lead for good as the Cardinal reached the final of the Diamond Head Classic in Honolulu with a 79-76 semifinal victory over Liberty on Thursday.

After a day off Friday, the Cardinal (8-4) will advance into Saturday’s final against either BYU or Vanderbilt. Liberty (8-5) will play for third place Saturday against either the Cougars or Commodores.

Jones highlighted his effort with a go-ahead 3-pointer with 6:53 remaining, and Harrison Ingram contributed 3- and 2-point hoops to what turned into a 10-1 flurry that gave Stanford a 67-59 lead it was able to massage the rest of the way.

Riding the hot shooting of Darius McGhee, the game’s leading scorer with 41 points, the Flames raced to a 28-15 lead in the game’s 15th minute. Micaiah Abii and Brody Peebles also contributed to the burst with 3-pointers.

But the Cardinal finished the half on a 21-8 run to draw even before finding themselves down again after McGhee nailed a 3-pointer for a 58-57 lead with 7:55 to go.

Jones then hit his 3-pointer to begin the game-winning spurt that sent Stanford to a win in the first-ever meeting between the schools.

Brandon Angel added two late hoops while the Flames were still hanging around, and Jaiden Delaire hit a crushing 3-pointer with 1:43 to go as the Cardinal had their way offensively against the Flames, shooting 56.8 percent from the field for the game.

Angel and Ingram, who combined for three clinching free throws in the final six seconds, finished with 17 and 13 points, respectively, for Stanford, which also was hot from outside the arc, making 12 of 20 attempts.

McGhee went 7-for-15 on 3-pointers to account for a majority of his career-high point total. He shot 13-for-28 overall from the field and made all eight of his foul shots.

He had 22 points, including four 3-pointers, in Wednesday’s opening-round win over Northern Iowa.