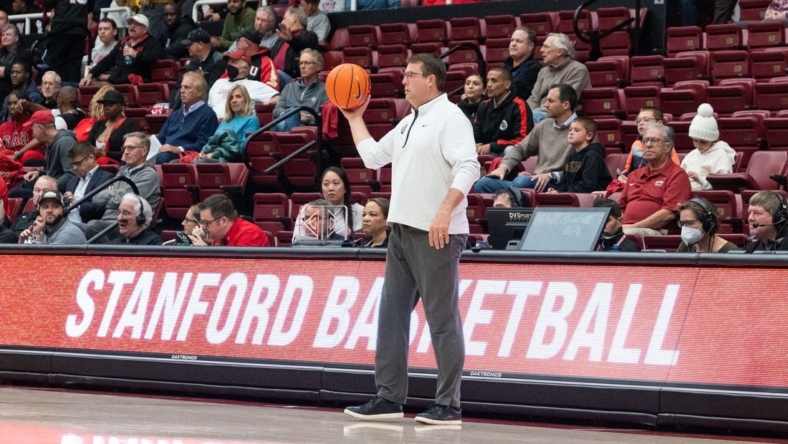 Trevon Taylor scored 12 points for Cal Poly (1-2), which shot 27.9 percent from the field and 6 of 23 (26.1 percent) from 3-point range. Aidan Prukop had eight points while leading scorer Alimamy Koroma was held to seven points and four rebounds.

Picked to finish ninth in the Big West preseason poll, Cal Poly fell behind 19-0 before scoring its first points on Taylor’s trey with 12:51 left in the first half.

Stanford, which made a total of five 3-pointers in consecutive losses to Wisconsin and San Diego State, shot 10 of 16 (62.5 percent) from beyond the arc in the first half on Friday.

Five different Cardinal players made multiple 3-pointers. Murrell was 4 of 5 from beyond the arc, while Jones made three of his five attempts.

Stanford stretched its lead to 40-11 with 4:30 left and held a commanding 47-19 advantage at intermission. Jones and Murrell led the Cardinal with 12 points apiece in the first half.

The second half was more of the same for Stanford, which used a 12-0 run to extend the lead to 37 points with 12:41 remaining.

Stanford fell one 3-pointer shy of tying its program record of 15.

Stanford next heads to a Thanksgiving week tournament in Florida that includes a matchup against Ole Miss.