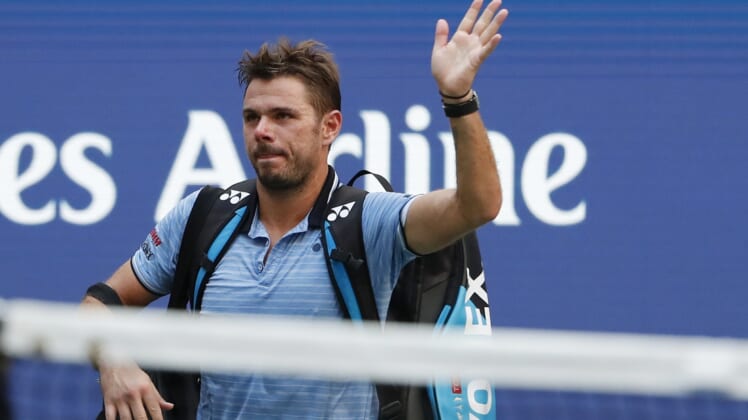 Sep 3, 2019; Flushing, NY, USA; Stan Wawrinka of Switzerland waves to the crowd while leaving the court after his match against Daniil Medvedev of Russia (not pictured) in a quarterfinal match on day nine of the 2019 US Open tennis tournament at USTA Billie Jean King National Tennis Center. Mandatory Credit: Geoff Burke-USA TODAY Sports

Stan Wawrinka of Switzerland and Romanian Simona Halep won’t participate in the Tokyo Olympics because of injuries.

Already, Wawrinka had pulled out of Wimbledon after undergoing a second surgery this year on his left foot. The three-time Grand Slam champion and former World No. 3 had the first operation in March.

Halep also withdrew from Wimbledon because of a lingering calf injury. The world’s No. 3 player and two-time Grand Slam champ sustained the injury in May during the second round of a clay-court tournament in Rome and missed the French Open.

“His team of doctors is extremely confident that they have now resolved the issue and that he will return to full fitness in the near future,” Wawrinka’s team said on behalf of the 36-year-old.

“He is very disappointed not to be able to play in the Games and represent Switzerland in Tokyo, but he is already working hard on his recovery and towards his goal of getting back on court as soon as possible.”

Teamed with Roger Federer, Wawrinka won a gold medal in men’s doubles at the 2008 Olympics in Beijing. 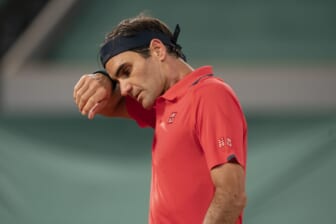 Also Read:
Roger Federer to decide on Olympics after Wimbledon

Halep, 29, lost to Yaroslava Shvedova of Kazahkstan in the first round of the 2012 London Olympics, She, too, said she was disappointed not to return to the event.

“Nothing brings me more pride than representing Romania, but sadly the recovery from my calf injury requires more time and I have made the decision to withdraw from the Olympic Games this summer,” she posted to social media. “After the disappointment of missing the French Open and Wimbledon, having to skip the Olympics is incredibly tough to digest, but I am determined to come back stronger.

“I will be watching and cheering on the Romanian athletes from home.”