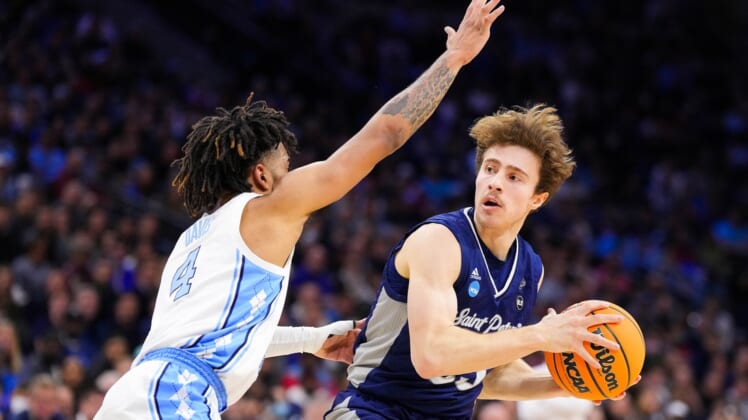 Doug Edert, one of the stars of Saint Peter’s improbable run to the Elite Eight of the NCAA Tournament, is transferring to Bryant.

He scored 20 points in the Peacocks’ stunning 85-79 overtime win against Kentucky in the first round of the tournament in the East Region, followed by 13 against Murray State in the second round and 10 against Purdue in the Sweet 16.

North Carolina held him to just two points in the Elite Eight game.

Bryant won the Northeast Conference and lost to Wright State 93-82 in the First Four — the program’s first-ever appearance in the NCAA Tournament. The school, in Smithfield, R.I., is moving to the America East conference in July.