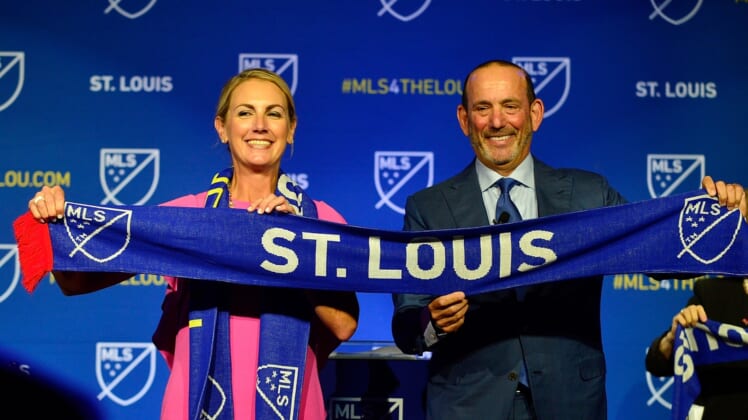 No financial terms were disclosed for the deal, which runs through the end of 2025.

Burki, 31, will join the 2023 MLS expansion club this July at the end of his Bundesliga season at Borussia Dortmund.

“He will play an important role on our roster by providing leadership to our young and exciting team,” St. Louis sporting director Lutz Pfannenstiel said. “As a former goalkeeper myself, I know how important it is to have a leader on and off the field and we have found that in Roman. He is a modern goalkeeper, who is great with both feet, brilliant shot-stopper and brave coming off his line. Roman’s playing style fits perfectly into our philosophy and we’re thrilled to have him as a pillar of our ambitious club.”

Burki has been with Dortmund since 2015, totaling 83 clean sheets in 232 appearances.

Before that, he played for Germany’s SC Freiburg (2014-15) and the Swiss clubs Grasshoppers and Young Boys.