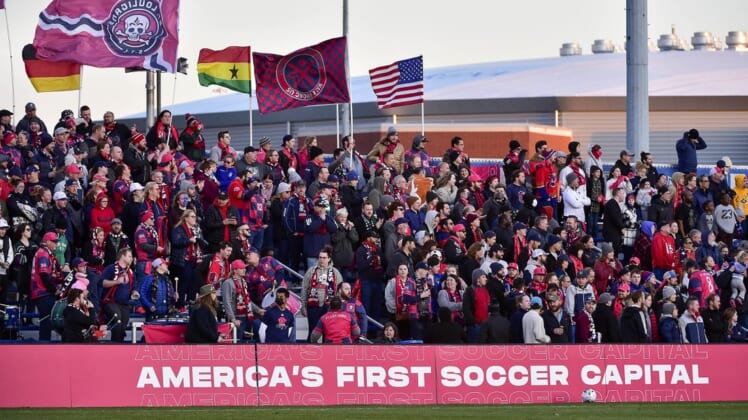 The 25-year-old German international will join the 2023 MLS expansion franchise as a Designated Player.

Lowen, who is signed through 2026 with an option for 2027, becomes the sixth player under contract with St. Louis.

We have signed the German International and @HerthaBSC center mid Eduard Löwen as a Designated Player. ?????#stlCITYsc x #TheFutureIsNow

“We are excited to add a quality player like Eduard to our squad,” sporting director Lutz Pfannenstiel said in a release. “The experience he has already acquired at his age will be crucial for our team and he will bring structure and strategy in the center of our midfield. His physical attributes and leadership qualities are two strong parts to why he fits perfectly in our DNA. Eduard is a box-to-box player and an important piece to the spine of the squad.”

“Eduard can be a difference-maker on both sides of the ball,” said St. Louis head coach Bradley Carnell. “His position as a six on the field [defensive midfielder] is an important part to our system and his skills are well-suited for our style of play.”

Internationally, Lowen has played for Germany’s U-20 and U-21 squads and was called in for the Olympic team in 2021.