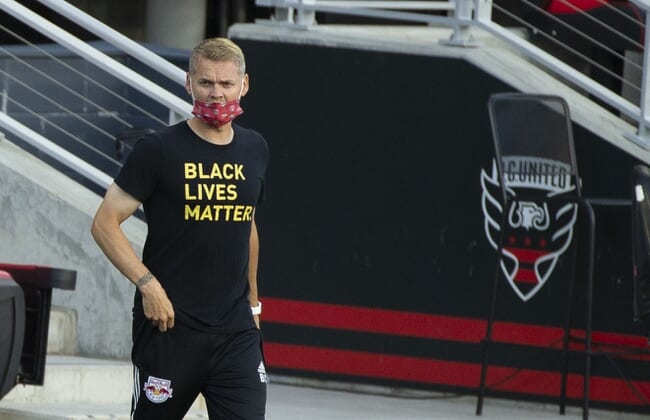 The 44-year-old South African spent the past five seasons on the New York Red Bulls’ coaching staff, including a stint as the interim head coach in 2020.

“I am grateful to be a part of the St. Louis CITY family, a team where I can help build something special in a city that is already so passionate about soccer,” Carnell said in a team news release. “… I am looking forward to establishing a team that reflects St. Louis — one that’s diverse, hardworking and community led. I am thrilled to help create the future of the sport in an incredible soccer city.”

A defender, Carnell played professionally from 1993-2011 with clubs in South Africa and Germany, including stints in the Bundesliga with VfB Stuttgart and Borussia Monchengladbach.

Internationally, he earned 42 caps with South Africa’s national team and competed in the 2002 World Cup.

“We can honestly say that we got our top candidate for the club’s first head coach position, and wanted to get him on board early given the integral role he’ll play in building our first team,” sporting director Lutz Pfannenstiel said. “We knew it was important to have someone who understood the ins and outs of the MLS, as well as the international market, and Bradley has all the attributes we were looking for.

“His experience as a player and coach set him apart, and I am confident that he will help us to build a very competitive team for our inaugural 2023 season.”