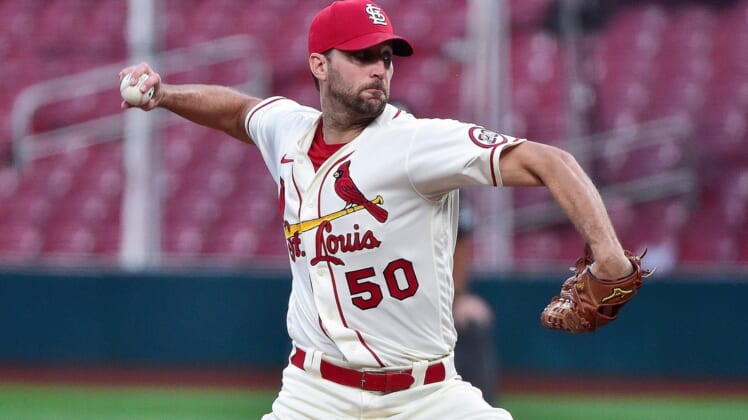 Veteran right-hander Adam Wainwright, who ranks among St, Louis Cardinals’ all-time leaders in several pitching categories, agreed to re-sign with the team for the 2021 season, according to multiple reports Thursday.

The one-year agreement is worth $8 million, with opportunities for performance incentives. It marks the third consecutive year that Wainwright has re-upped with the Cardinals on a one-year contract.

Wainwright, 39, is coming off of a stellar season in the truncated 2020 campaign affected by COVID-19. The three-time All-Star led the Cardinals in wins (five), innings (65 2/3) and strikeouts (54), going 5-3 in 10 starts with a 3.15 ERA, including both of the team’s complete games. He has lowered his ERA in three consecutive season.

In all-time Cardinals club rankings, Wainwright ranks third in wins, fourth among pitchers in games started (326) and WAR (36.9) and sixth in innings pitched (2,169 1/3). He also ranks second in franchise history in strikeouts (1,830) — behind only Hall of Famer Bob Gibson.