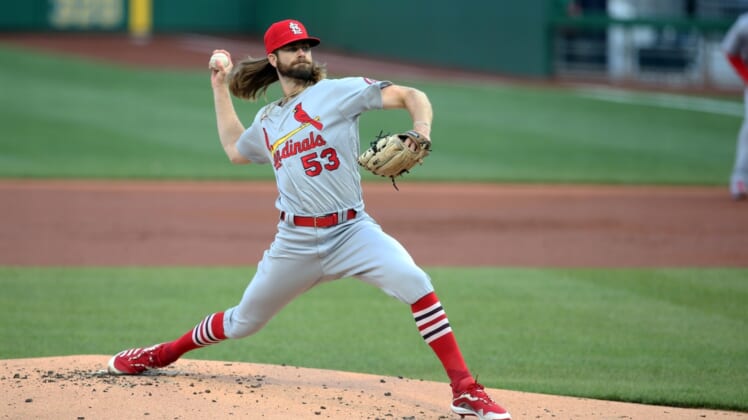 Tyler O’Neill added a solo homer among three hits, and Nolan Arenado hit two RBI doubles for St. Louis, which has won six of its past eight games.

Cardinals starter John Gant (2-2), in five innings, gave up one run and three hits, with five walks and two strikeouts.

Kevin Newman hit an RBI single for the Pirates, who had won three of four.

In the first, St. Louis’ Dylan Carlson hit a double to right with one out and moved to third on Paul Goldschmidt’s groundout. Arenado drove in Carlson with a bloop double to left for a 1-0 lead.

Tommy Edman led off the third with a walk, and Arenado doubled to left to make it 2-0.

On the first pitch in the fourth, O’Neill crushed his fifth homer over the bullpens in center for a 3-0 edge.

Bryan Reynolds and Colin Moran walked in the bottom of the fourth. Two outs later, Newman roped a base hit to left to bring in Reynolds and make it 3-1.

Tyler Webb came on in relief for the Cardinals in the sixth. He walked Jacob Stallings, and Gregory Polanco reached on a fielder’s choice. Newman’s single sent Polanco to third, and Ka’ai Tom walked to load the bases.

Kodi Whitley, recalled earlier in the day, entered for the Cardinals. With pinch-hitter Todd Frazier up, Whitley balked in a run, then allowed another with a wild pitch to cut the Pirates’ deficit to 6-3.

Two hit batters by Clay Holmes and an error gave St. Louis a run in the ninth.

Pittsburgh’s Phillip Evans got ejected in the ninth after a called third strike.