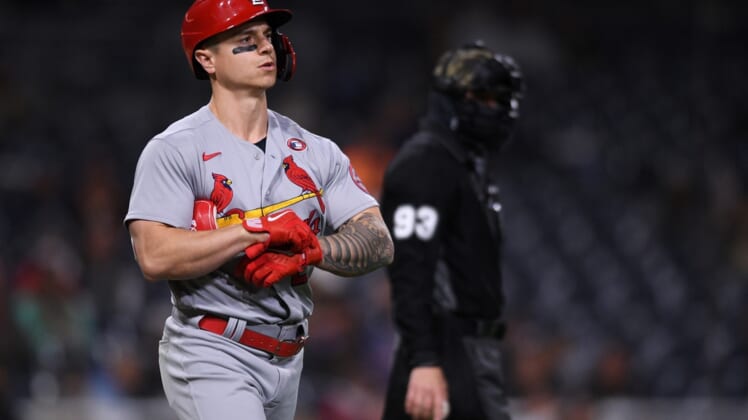 O’Neill, 25, sustained the injury in Sunday night’s game in San Diego. On the season, he is hitting .250 with eight home runs and 18 RBIs in 30 games. He hit three of those homers over his past eight games.

The Cardinals also optioned right-hander Junior Fernandez, 24, to Triple-A Memphis. He pitched one inning of relief on Saturday after joining the active roster, giving up three runs on two hits and two walks in one inning of the 13-3 loss to the Padres.

The 28-year-old Nogowski, who began the season on the Cardinals’ Opening Day roster, missed 24 games after going on the injured list on April 20. He has one hit in eight at-bats this season.