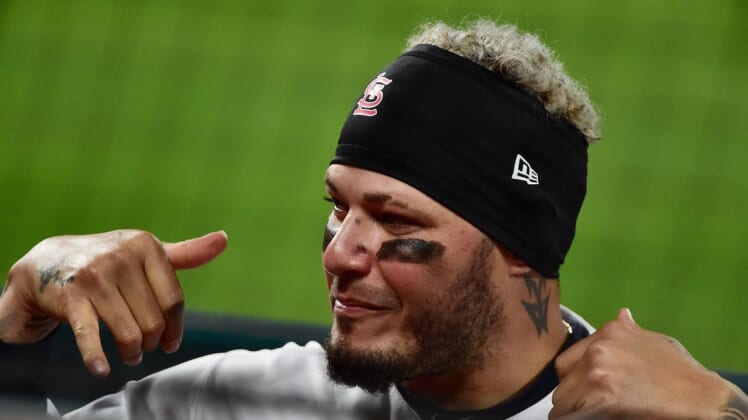 The St. Louis Cardinals activated star catcher Yadier Molina from the 10-day injured list ahead of Saturday’s home game against the Colorado Rockies.

Molina missed the past 11 games with a strained tendon in his right foot.

The nine-time All-Star originally injured the foot on April 23 against the Cincinnati Reds. He returned three days later against the Philadelphia Phillies and was hitless in three at-bats and apparently aggravated the injury.

Catcher Ali Sanchez was optioned to Triple-A Memphis in a corresponding move, though he’ll remain on the taxi squad.

The 24-year-old Sanchez went 1-for-3 in his only appearance with the Cardinals against the New York Mets on Wednesday.

Andrew Knizner handled the rest of the catching duties in Molina’s absence. The 26-year-old is batting .208 with one RBI in 19 games this season.